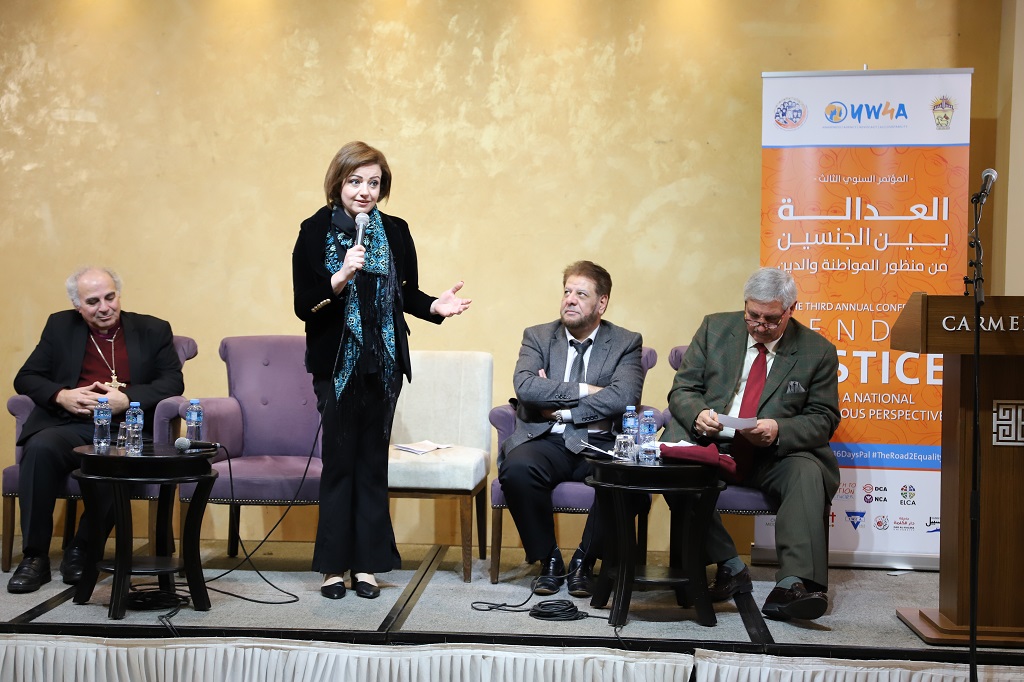 The YWCA of Palestine participated in the third annual conference “Gender Justice from a National and Religious Perspective” convened by the Evangelical Lutheran Church in Jordan and the Holy Land, in partnership with the association and several local and international organizations that work around gender justice.

The conference, organized as part of the 16 Days of Activism, addressed a number of issues related to gender justice.

Th General Secretary of YWCA Palestine, Amal Tarazi, participated in the opening session of the conference, along with the Archbishop of the Evangelical Lutheran Church in Jordan and the Holy Land, Sani Ibrahim Azar, the Minister of Women's Affairs, Amal Hamad, the Representative of the Netherlands to Palestine, Michel Rentenaar, and the Dean of the Faculty of Islamic Law at An-Najah National University, Dr. Jamal Al-Kilani.

In her speech, Tarazi shed light on the importance of young women’s participation in decision-making for ensuring the implementation of gender justice policies.

She spoke about the YW4A project, which is implemented in partnership with the World YWCA and several local and international organizations with the aim of promoting young women’s rights, especially the right to equal participation in decision-making.

Tarazi emphasized the important role of clerics and religious institutions in achieving justice and gender equality by changing societal and cultural practices that devote stereotypes towards women, as well as the importance of changing the legal system to enhance women's rights and protect them from any form of violence directed against them.