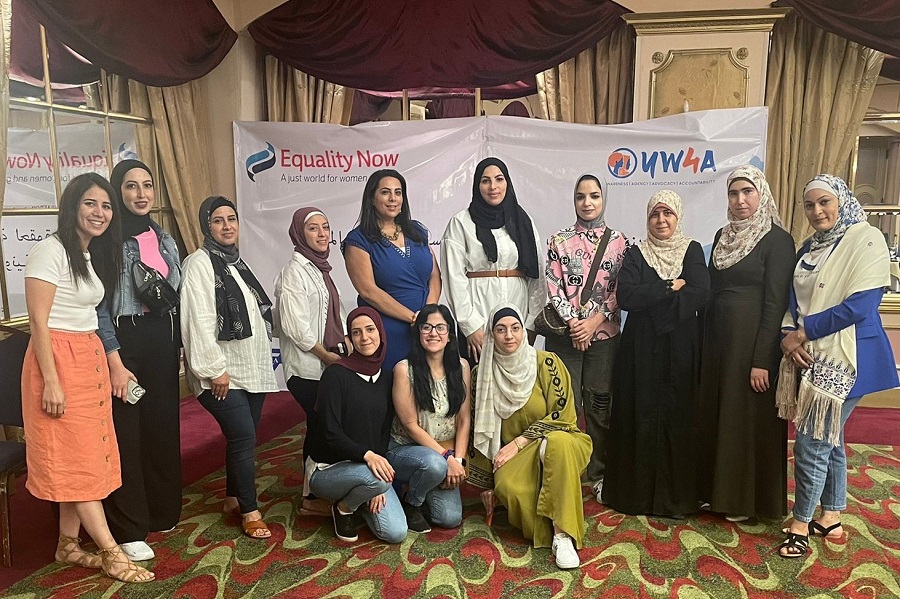 The YWCA Palestine took part in the second regional training workshop within the Young Women’s Awareness, Agency, Advocacy and Accountability Project YW4A, which was held in Egypt, Cairo from 17-17 July 2022.

The training focused on digital Advocacy in the field of Public Advocacy and legal advocacy in cooperation with the project partners in Egypt and under the supervision of Equality Now, within the Fourth Thematic area of the project, which works to support lobbying and advocacy campaigns within the framework of legal advocacy towards adopting, amending or repealing laws and policies in order to enhance the rights of youth women to lead, participate and end sexual and gender based violence.

YW4A is funded by the Netherlands Ministry of Foreign Affairs, and is being implemented over the period of five years, 2021 – 2025, in Egypt, Palestine, South-Sudan and Kenya. It aims to contribute to eliminating gender-based violence, and achieving gender equality as well as raise the voices of young women, and promote their participation in decision-making

The training, led by Equality Now, and was also attended by the project partner organizations in Egypt, the Ibrahimia Media Center, as well as representatives of the partner organizations in Palestine, including the Psycho- Social Counselling Center for Women, Women Media & Development (TAM), Stars of Hope Society, Al-Harah Theater, and YWCA Jerusalem

It also focused on several topics related to digital advocacy, focusing on the content, audience and social platforms, in addition to script writing, monitoring and evaluation process during the preparation of media product, production and directing, focusing on editing, sound, design and format, by using the least financial resources.

It was implemented by Ms. Sahar Bashir, the media officer at Equality Now, in addition to the film director, writer and professor at different university and the winner of the Best Film Award at the European Festival Mr. Khalil Zarour.