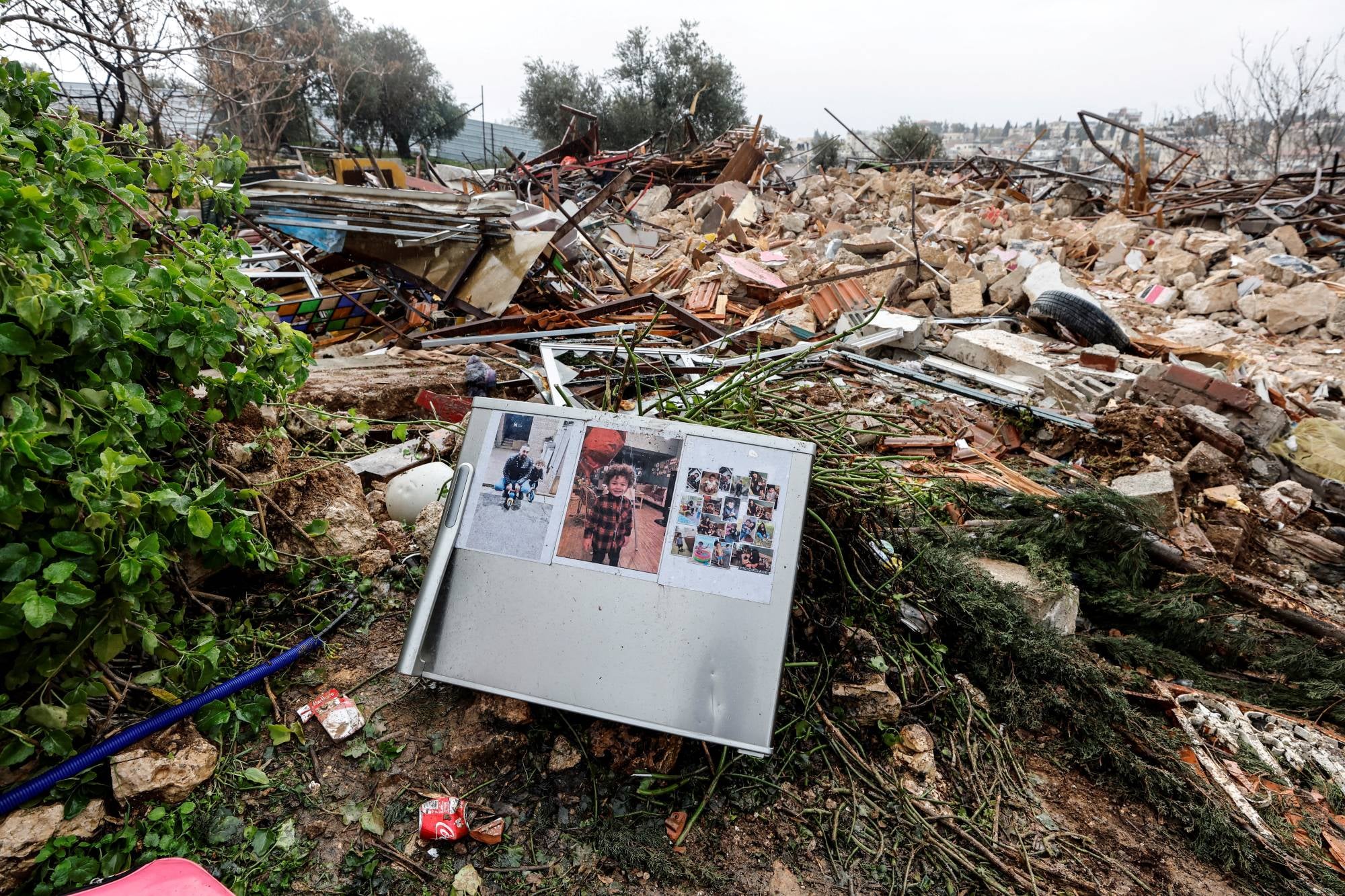 Photo: Reuters©
The coalition said in a statement , Thursday, that it had stopped the occupation forces from demolishing Palestinian homes and facilities in the occupied Palestinian territories and in Jerusalem in particular, the latest of which was the demolition of two homes belonging to the Salihiyya family that were built on six dunams (1.5 acres) of ​​land.
In December 2021, the occupation forces destroyed 104 facilities belonging to Palestinians. Eight Palestinian families were forced to demolish their own homes to avoid paying Israel the heavy fines and fees incured when the occupation forces show up to destroy a house.
The coalition stated that Israel served 27 notifications in December 2021 to halt construction, confiscate land, or demolish structures. These notifications were for structures and facilities that were religious, touristic, industrial, commercial, educational, official, or agricultural, and with the majority being residential. The two areas most affected were Jerusalem and Bethlehem.
The coalition noted that the Salihiyya family received a notification from Israel for the destruction of their homes to justify the reason to build a school for the disabled in their place. Israel claimed that the houses and land belong to Israeli settlers and pointed out that the demolition decision was issued by the civil courts based on a case brought by the Jerusalem municipality.
The coalition added in its statement that the arguments and pretext behind which the occupation hides do not fool anyone because the real objective is clear. The objective is that the Israeli occupation and its settlement project continue to confiscate more Palestinian land to block the path to the establishment of an independent Palestinian state with Jerusalem as its capital, and preventing the implementation of legitimacy resolutions by the international community.
Elsewhere, the coalition managed to get medical attention to 10 Palestinian female prisoners out of 33 infected with Covid-19, which indicates an outbreak of the virus among the female prisoners in Damon prison due to health and medical neglect in the prison.
The coalition indicated that Israel would not have perpetuated its racist policies had the international community played a role in stopping its racist practices and ethnic cleansing. The coalition added that the international community should hold the occupation accountable for its violations of international human rights law, calling on the Secretary-General to intervene to prevent the demolition of homes and the forcible displacement of Palestinians.
The coalition stated that the principles and contents of prevention, protection, and accountability contained in the Women’s Agenda for Peace and Security launched by the Security Council in 2000 have to be respected, calling on the Red Cross to enter prisons, examine the health of female prisoners, and provide care to stop the spread of Covid-19 among them.
The coalition concluded its statement by commenting on the escalation of violence and the persistence in the policy of arrests and killings, the latest of which being the systematic killing of the elderly Omar Asaad and Suleiman al-Hathalin. The continued failure to achieve justice for the Palestinian people is fueling the occupation's violence and crimes against humanity and threatening the security of the Palestinian people, the region, and the world as a whole.
Share :