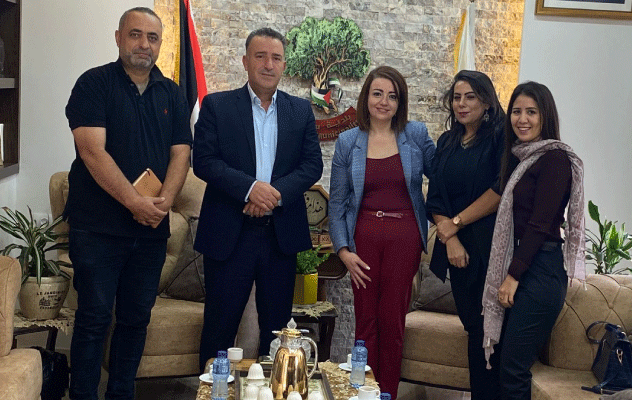 The General Secretary of the YWCA of Palestine Amal Tarazi discussed ways of collaboration with the Mayor of Salfit, a city in the central West Bank, in regards to issues related to youth, most importantly their economic and social empowerment, and the promotion of their rights, as well as combating gender-based violence. Tarazi briefed the Mayor on the ongoing projects of the YWCA of Palestine, and its planned activities for the 16 Days of Activism campaign under the slogan "Safe Everywhere", which will be carried out through the support of the Italian Agency for Development Cooperation, and in cooperation with local partner organizations. The Mayor praised the work of the YWCA, and welcomed the collaboration between the municipality and the association. Both parties agreed on co-organizing the closing activity of the campaign in Salfit, which will include a 10-km race and announcing the results of the video contest launched during the campaign that address the gender-based violence.
Share :