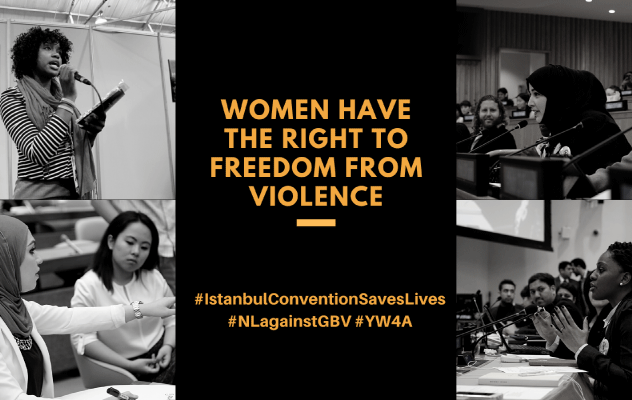 11 May 2021 marks the 10th anniversary of the Council of Europe's Istanbul Convention, which is the most far-reaching international legal instrument to set binding obligations for countries regarding the prevention and combating of gender-based violence. The YWCA of Palestine and its partners in the YW4A project are working together to achieve the goals of the Istanbul Convention, which requires governments to:

Read more about the convention here.