The YWCA of Palestine Launches the "Young Citizen Student Parliament" 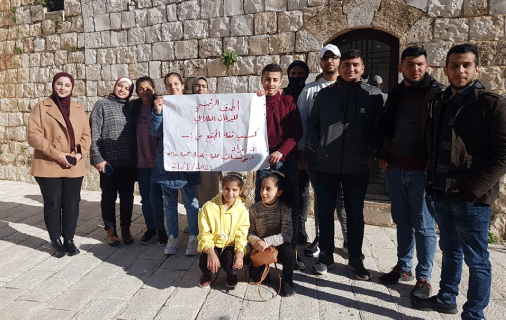 The YWCA of Palestine in cooperation with partner organizations launched the " Young Citizen Student Parliament" consisting of 35 female and male members aged 13 - 17. The parliament aims to develop a national campaign through which different national activities will be carried out in addition to organizing training workshops and local campaigns. The parliament was formed after groups of school students "Motivators" from all project areas took part in training workshops about the concept of student parliament, the elections, the democratic process, and the electoral system in Palestine, which were organized by the project youth volunteers. Five virtual meetings have been convened so far during which the parliament was formed and its members voted on the topic of the national campaign and started developing their workplan.
Share :